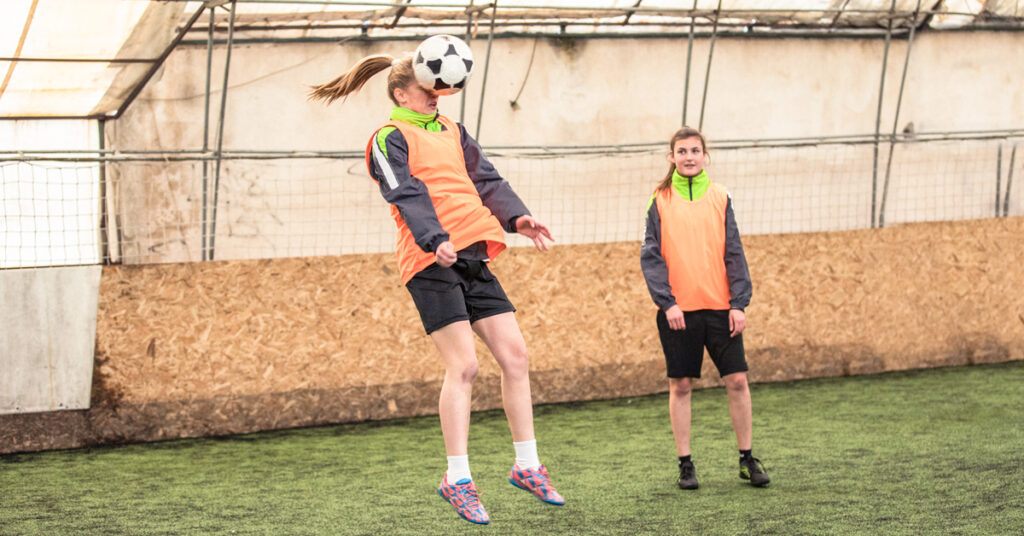 Sports concussion remains incredibly difficult to diagnose because the damage to a player’s brain typically does not show up on any type of imaging test. Dr. Charles Tator, a neurosurgeon in London, Ontario, Canada, hopes that the new testing technology under development will change that. Dr. Tator is one of that country’s leading voices when it comes to reducing the number and severity of brain injuries in sports.

Dr. Doug Fraser is a co-founder of a Canadian company called Neurolytixs. He is also the lead developer of a technology that can diagnose a sports concussion with a definitive test rather than subjective observation.

The rest requires a doctor to obtain a few drops of blood from the injured player and apply it to a filter-paper cartridge. The doctor then arranges transport of the blood sample to a laboratory where a technician compares it to the player’s baseline blood sample taken before the season began. For the protocol to work as it should, coaches must require every player to have a physical exam that includes a blood draw.

Dr. Fraser explained in a recent article published in the Toronto Star that a doctor analyses biomarkers in the player’s blood in both samples. The purpose of the analysis is to diagnose or rule out a concussion within about 20 minutes of the head injury taking place. The Neurolytixs team previously identified molecules within the blood that consistently change after a person has experienced trauma to the head.

The concussion diagnostic test, which is still in the preliminary stages of development, has demonstrated an accuracy rate of 96 percent during initial research. The Canadian company has tailored testing to adolescents from 13 to 17 years old due to people in this age group experiencing sports concussions more often than younger or older demographics. Dr. Fraser commented that youth sports leagues must recognise the high number of concussions and treat players immediately and appropriately.

Neurolytixs Blood Test Could Be Available as Early as 2023

Dr. Fraser has applied for and received a license and patent for his company’s concussion blood test in several countries. The United States Food and Drug Administration has scheduled the blood biomarker test for clinical trials beginning in early 2022. If the new product passes American clinical trials, it could be available within a year for approximately £73.90 in the United Kingdom and $100 in the United States.

According to Dr. Fraser, the biggest goal with the new concussion diagnosis blood test is for doctors not to miss possible concussions in sports players. This becomes especially problematic when players sustain multiple concussions and some of them remain undiagnosed. The more brain injuries a player suffers, the more likely it is for long-term or permanent damage to occur. The results can be debilitating and can include such things as early-onset dementia.

A Solution Six Years in the Making

Neurolytixs has already invested £2.3 million to £3.7 million in developing the concussion marker test since 2016. The COVID-19 pandemic delayed the company’s release of the product since medical innovations unrelated to the disease took lower priority.

Here in the UK, the British Sports Medicine Journal recently reported that an undisclosed medical group has developed a saliva concussion test specific to rugby. That test has a 96 percent accuracy rating in early research. With something as potentially life-changing as a brain injury, there can never be too many diagnostic tests and they cannot get here soon enough.