How has the western blotting technique improved? 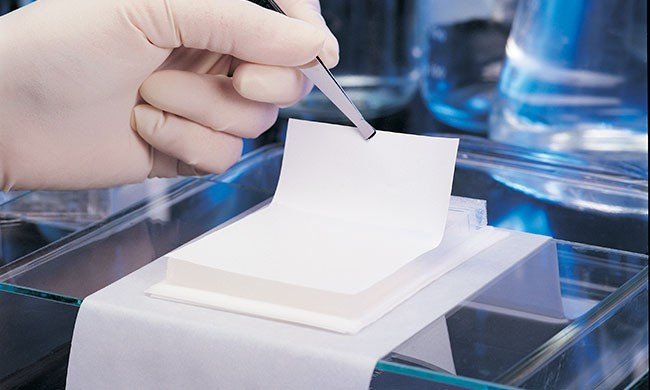 ​​Western blotting revolutionized the ability to measure proteins in samples. While the original development of this technique was an advanced tool to electrophoretically separate proteins when George Stark, Harry Towbin, and W. Neal Burnette independently developed what we refer to as western blotting. In fact, it is still advanced, but through the gifts that new technology brings, there have been improvements to the process that keeps the western blot method a cutting edge tool. Keep reading as we go through how the western blot technique has improved thanks to advancements in technology.

Thanks to the complex nature and multiple steps within the western blot method and the fact that along the way to a result are several steps that are manually made and not automated, the process can cause errors. To test the results and when errors are present to identify where in the process they occurred required staining and de-staining of gels. Bio-Rad has advanced this process with stain-free technology. The process is automated, and during the process, it confirms accurate and correct methods at each step of the western blotting process. The advancement means the western blot test is now more efficient and that Quality Control can occur at each level both within the gel and on the membrane.

What has changed in The Western Blot Method?

One of the more significant changes is that new advancements mean faster outcomes and results with greater accuracy. Being able to test for correctness at each stage of the test is an incredible time-saver. Knowing that the results “thus far” are accurate speeds up the entire process. Scientists no longer have to wait until the end to see if the visuals are correct. They no longer have to backtrack one step at a time, adding stain or taking it away to make sure that step is correct. In addition, the Western blot method has become more efficient, which means higher accuracy at each stage of the test.

The use of fluorescent reagents and the fact that you can isolate more than one protein at a time means you do fewer tests. For example, you no longer have to run one test for protein group A and another for protein group B. You can do that at the same time.

Both of these advancements are relatively new. As they become more widely used, you can bet that additional advancements will occur. One of the possibilities is an increased range of fluorescent reagents, which may make the western blotting method much faster and more accurate. A significant change is a decrease in time, which means testing becomes more efficient and the applications become more mainstream.